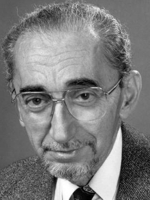 Borislav Pekić, born in 1930 in Podgorica (Montenegro), is one of Serbia’s most important 20th century authors. In 1948, shortly before graduating from school in Belgrade, he was sentenced to 15 years of solitary confinement as the founder of the secret society, “Yugoslavian Democratic Youth”. When he was released five years later, he studied Psychology at Belgrade University. Borislav Pekić first worked as a scenarist and screenwriter. In 1965, he published his first novel. Numerous other novels, short stories, essays, and letters followed. His work have received many awards, and have been translated into almost all European languages. In 1971, Borislav Pekić moved to London, where he died in 1992.