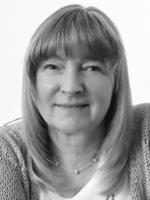 Carolin Philipps was born in 1954 in Meppen/Ems. Having studied History she published her first book for young people in 1990, Großvater und das Vierte Reich [Grandfather and the Fourth Empire], about the German neo-Nazi scene. The book was an overwhelming success, has been translated into several languages, received numerous awards and has been filmed for television. Since then, many books for young children have followed, on topics such as racism, child labour, homosexuality, autism, cybermobbing and sexual abuse. She has received many awards for her work, including the Mentioning Award of Unesco for Peace and Tolerance for Milchkaffee und Streuselkuchen [White Coffee and Streusel Cake], the Swiss Bookstar for Made in Vietnam [Made in Vietnam] and the Austrian Youth Book Award 2011 for Wofür die Worte fehlen [When the Words are Missing]. In addition to the youth books, Carolin Philipps also writes historical biographies for adults. She received the Annalise Wagner Prize in 2011 for Luise – die Königin und ihre Geschwister [Louise – the Queen and her Sisters], which went straight onto the Spiegel Bestseller list, when it was published in 2010.