The Museum of Unconditional Surrender is a place in early Berlin which is steeped in history. During the night of May 8 to May 9, 1945, the German surrender was signed here, and during the 90s, it was the meeting place for exiled persons from the Balkan countries. Dubravka Ugrešic also left her country after the fall of Yugoslavia, which transformed wartime Croatia into rubble and ashes, to travel the world as guest professor—from Munich via Lisbon and New York to Berlin. In “The Museum of Unconditional Surrender”, she describes the topography of her escape and weaves a tapestry of memories. 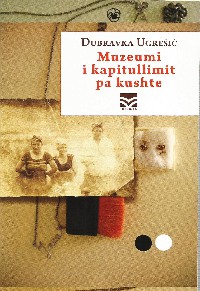