Pontius Pilatus, member of the Roman knighthood and proconsul of the Emperor Tiberius in Judea from 26 to 36 AD tells his life history, from his youth right up to the  memorable crucifixion on Golgotha and of the ten years beyond that, when he was relieved of his office and called back to Rome due, according to testimonials of the historian, to bribery, robbery, anarchy, repeated executions without a legal process and due to extreme cruelty. In the fictitious confessions the cynical governor proves to be a man, whose lack of any transcendental basis plunges him into a moral and existential dilemma. 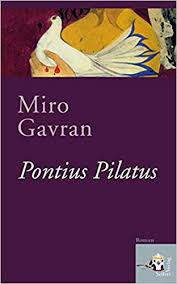