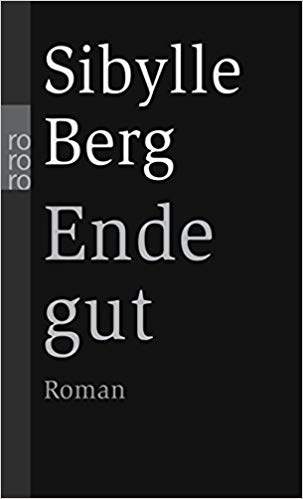 It ends well – that much Ms Berg promises in her novel. A radical book of its century – or at least one which understands the beginning of the 21st century: catastrophes, bomb threats, Islamic fundamentalists, and in the midst of all that: people, always people, small and great, the whole sorry pile of us. Including the heroine of this book. A woman of around forty – “that’s what people say these days at those parties to which nobody ever invites you, not even to damn buffet parties or Event Manager birthdays does anyone bother to invite you” – anyway, never mind, a woman, the hero of this novel, sees that everything is going down the swanny: flood disasters outside the window and on the TV, then another epidemic breaks out, something to do with skin rashes and dying, she has lost her job in some agency, so there. Humanity always has been shit. And now the world’s going to hell. Best thing that could happen. A bomb explodes in a cafe, the heroine is in the thick of it. She clambers out of the rubble and sets out to find happiness or at least a life. Through the desert of provincial Germany via Weimar, Berlin and Amsterdam, she, together with her dumb friend finally reaches Finland, where she not only finds a surprisingly friendly type of person, but also finds something which allows her to live like a human being. In peace and well.

Ende gut [All is Well] by Sibylle Berg has been translated to Macedonian by Iva Fidancheva and published under the title Кога се добро ке се заврши by Ljubovta e pettitot element in Skopje. 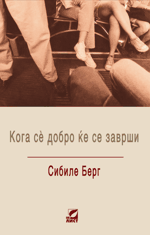