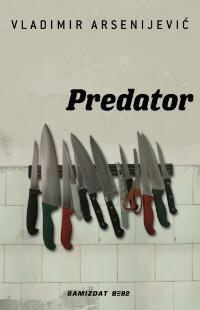 The main idea of this novel by Vladimir Arsenijević consists of showing the grim world, devoid of meaning, in which humans devour one another, both metaphorically and literally. Through a convincing portrayal of the experiences of his protagonists the author gives us a corpus of current events and global problems, which are obvious for us or only seemingly far away, by telling us a complicated story and unfolding this appealing work in a structurally masterful way. One of the primary stories in the novel bears the title  “Wurzellosigkeit” [Rootlessness], as it is precisely the rootlessness that is the guiding theme of this work and a strong connection between all its protagonists.

The novel Predator by Vladimir Arsenijević has been translated into Albanian by Binak Ulaj and published under the title Predatori by Koha, Prishtina. 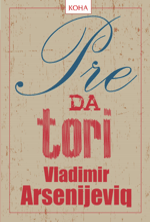