This autumn, the Serbian translation of Was wird aus der Europäischen Union? Geschichte und Zukunft [What Will Happen to the European Union. History and Future] by Wolfgang Schmale was published with help from Traduki by Clio. In December, the publisher, together with Traduki and the Institute for European Studies, invited the author for several talks to Serbia. At the Cultural Centre Belgrade and the Institute for European Studies Schmale discussed, together with other participants, at two events “what is going” on with the European Union and where it is heading. This question was also addressed at a meeting with students and professors of the Humanities Department of Belgrade University: Seduced by a bull, is Europe now stumbling like a headless Minotaur-like creature through its very own labyrinth? With his book, Schmale is trying to find the missing red thread. 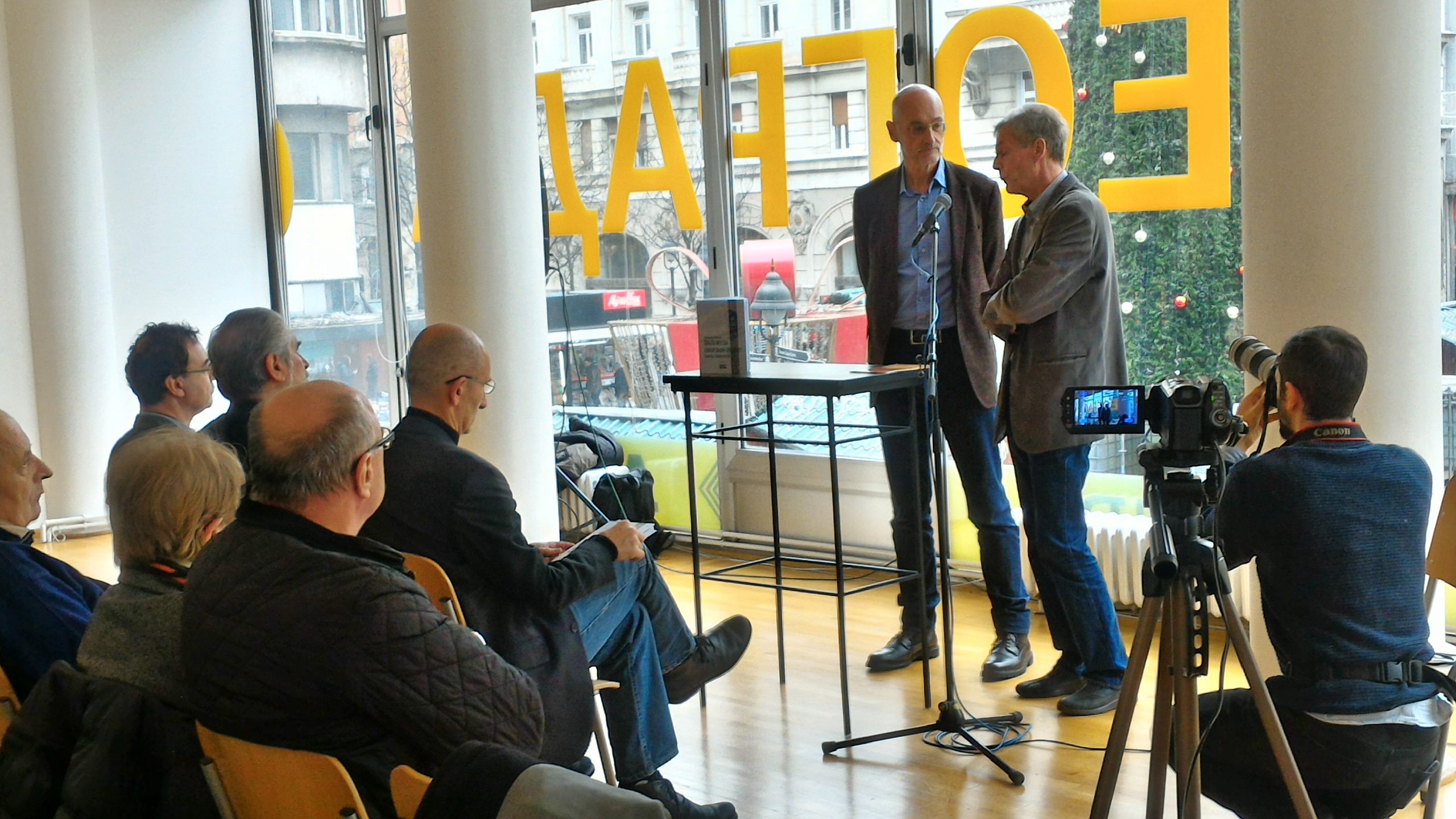