The paths of Rose Ausländer (1901-1988) and Paul Celan (1920-1970) crossed many times under exceptional circumstances. In Albania, these two remarkable poets writing in German met again in a peculiar fashion. In cooperation with the German Embassy Tirana and the Cultural Association Poeteka, Traduki staged three literary evenings, where the poems of these two authors, translated into Albanian by Ana Kove and set to music by Vincent Dervishaj, lit up the pitch-black night.

This unique theatrical poetry event with Kastriot Ramollari and Ina Gjonçi was woven together, poem by poem, by writer Arian Leka. The project was also supported by City Hall Pogradec, Migjeni Theatre in Shkodra and Metropol Theatre Tirana. The première was held on 30th October in Shkodra with further shows at the beginning of November in the House of Culture Lasgush Poradeci in Pogradec and in the capital Tirana. And so, „came, came. / Came a word, came, / came through the night, / wanted to shine, wanted to shine“. And shine, yes, that it did. 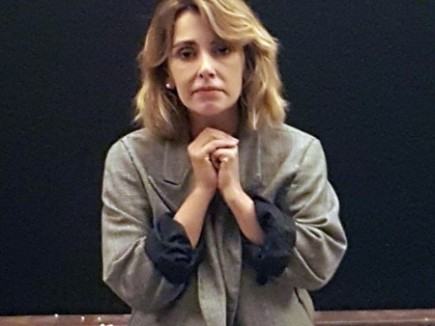