The 16th October 2019 marked the start of a new series of discussions in Sofia, titled “Indigo Encounters”. Together with the Bulgarian Ministry of Culture, the Bulgarian Book Association, Traduki and the National Book Centre, the Goethe-Institut Bulgaria is organising a number of literary encounters over the coming months.

The concept stays the same throughout: One person from the Bulgarian literary scene meets another figure from the German one, either at the literature club Peroto or at the Goethe-Institute, which will serve as the two venues for this series. Taking the plunge as the first sparring partners were the German poet and essayist José Oliver and the young Bulgarian poet and journalist Beloslava Dimitrova. Together with Violeta Vichova, the moderator for the evening, they discussed topics such as borders, loneliness, and migration. A stimulating evening in Sofia, followed by many others to come. 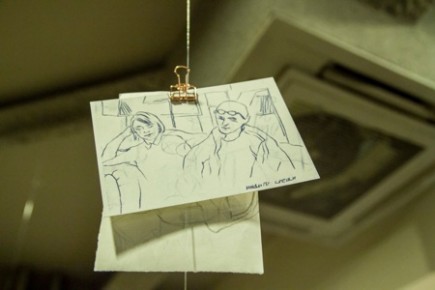