The bridge on the Drina in Višegrad, built during the 16th century at the command of the Ottoman Grand Vizier Sokolović, who was displaced to Stambul as a young boy of the region, quickly becomes the main focus of the city’s and region’s hustle and bustle. The bridge guides the reader through eventful times: through the glamour and destruction of the Ottoman Empire, Austrian occupation and Serbian desire for freedom, until Austiran pioneers blow the bridge’s centre pier to pieces on their return from Serbia. This announces a period in which everything that this link meant between peoples and worlds would be destroyed. 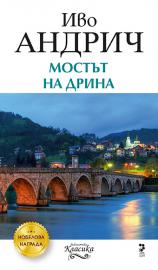