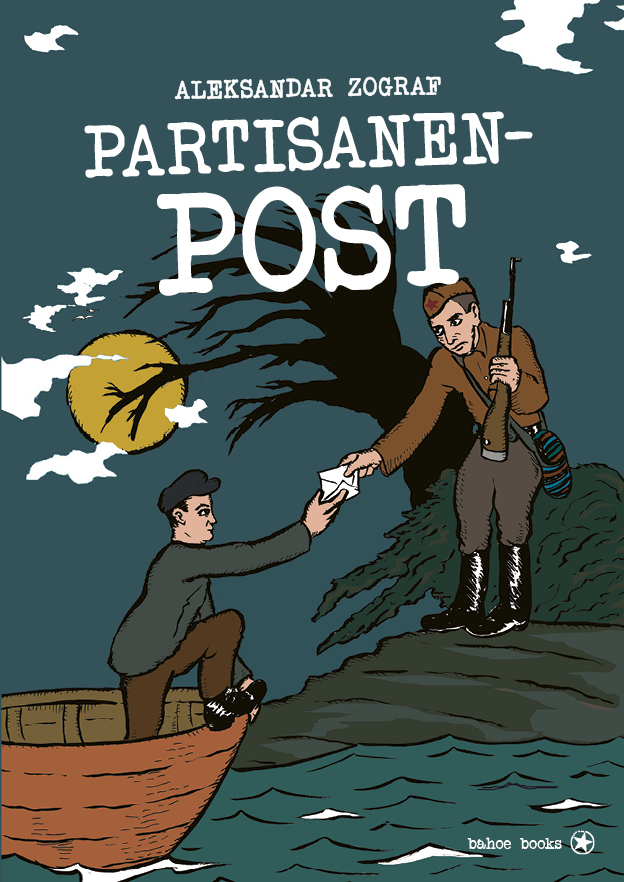 In this collection of 30 comic vignettes, published in Serbia over several years in different publications, Aleksandar Zograf takes us back in time to the former Kingdom of Yugoslavia during the years of German occupation (1941-1944). Zograf explores several characters from the resistance movement and creates a vivid collage of their lives using letters, photographs, diary entries, notebooks as well as newspaper and magazine clippings.

Each separate vignette documents the life of one person, among them it sketches the last days of Hilda Dajč, whose letters offer a glimpse into the horrendous living conditions inside KZ Sajmište (Semlin), the Hungarian poet Miklós Radnóti, using excerpts from his last notebook detailing his daily life in camp Bor, and of comic artist Veljko Kockar, who was executed as a traitor in 1944, although he was actually innocent. Partisanenpost showcases the triumphs as well as the pitfalls and mistakes of the antifascist resistance movement. This detailed collection presents a stirring document of the fates and circumstances of that era, documenting the horrors the Yugoslav population suffered in WWII.