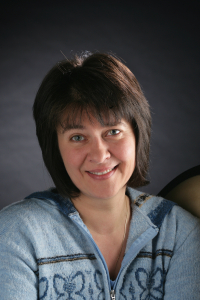 Lili Potpara was born in Maribor, Slovenia. She studied English and French at the Faculty of Arts, University of Ljubljana, and graduated from the English Translation Workshop in 1992. Potpara translates from Slovene into English, and from English, Serbian and Turkish into Slovene. She has translated works of Slovenian authors into English, including a number of Drago Jančar’s short stories collected in the book Joyce’s Pupil (Dublin: Brandon, 2006), and a vast volume of fiction works from foreign languages into Slovene published by major Slovenian publishing houses, among their authors being Cormac McCarthy, E.L. Doctorow, Çiler İlhan, Žarko Laušević and, most recently, Ahmed Burić, as well as non-fiction books, most notably Siddhartha Mukherjee’s Emperor of All Maladies (Kralj vseh bolezni; Ljubljana: Modrijan, 2012). Her own short stories were published in two collections (Zgodbe na dušek; Ljubljana: LUD Literatura, 2002, and Prosim, preberi; Ljubljana: LUD Literatura, 2006).