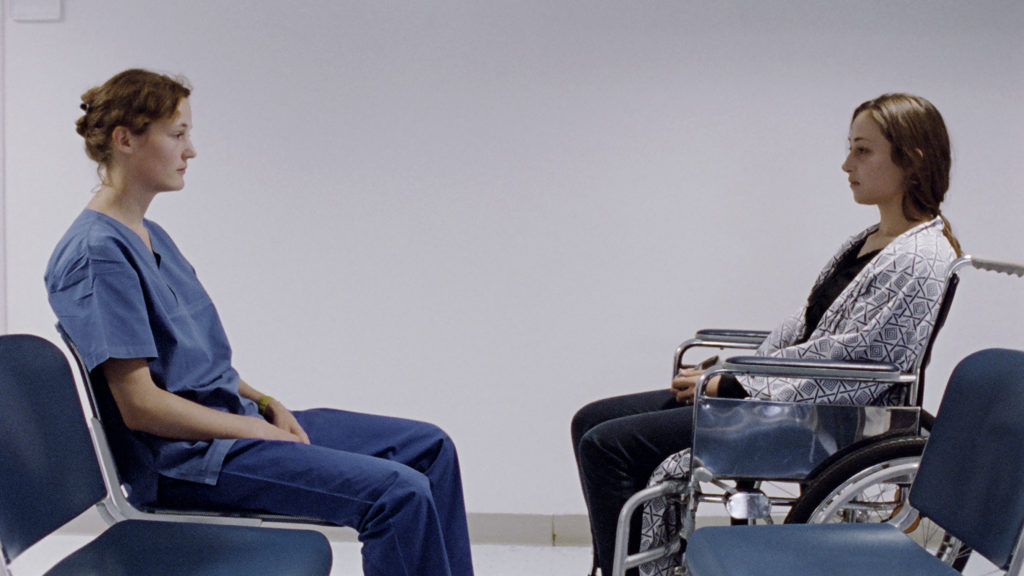 “Every time you make a film, you learn something. You approach other people, other people’s work, some landscape you never noticed before. It’s like giving sudden life to what you see and capturing the beauty in it.”

It’s all a haze and you’ve lost the plot? Fear not! We are coming to the rescue. In exactly a month we kick off the 4th Balkan Film Week at UT Connewitz in Leipzig as well as online.

Curator Marija Katalinić has put together another fantastic line-up of films, full of moving motion pictures that were fêted by critics and audiences alike and which, among each other, have picked up more than an award or two.

Over three days you can immerse yourself into the world of Radu Jude, Marta Popivoda, Danis Tanović, Aleksandra Odić and many others: Play table tennis, let off steam through boxing, put sexual phantasies into practice, reach limits and also put up resistance, get close to a patient, or turn away from the sick.

In the seven films the whole spectrum of what it is to be human is shown, differences are explored, and things in common discovered. The extravaganza starts on 27th February at 7 PM. The full programme can be viewed here. All screenings are free of charge.

To get in the mood for the coming Film Week you can watch Marija Katalinić’s inspiring talk with Teona Strugar Mitevska and Vlastimir Sudar from 2020.