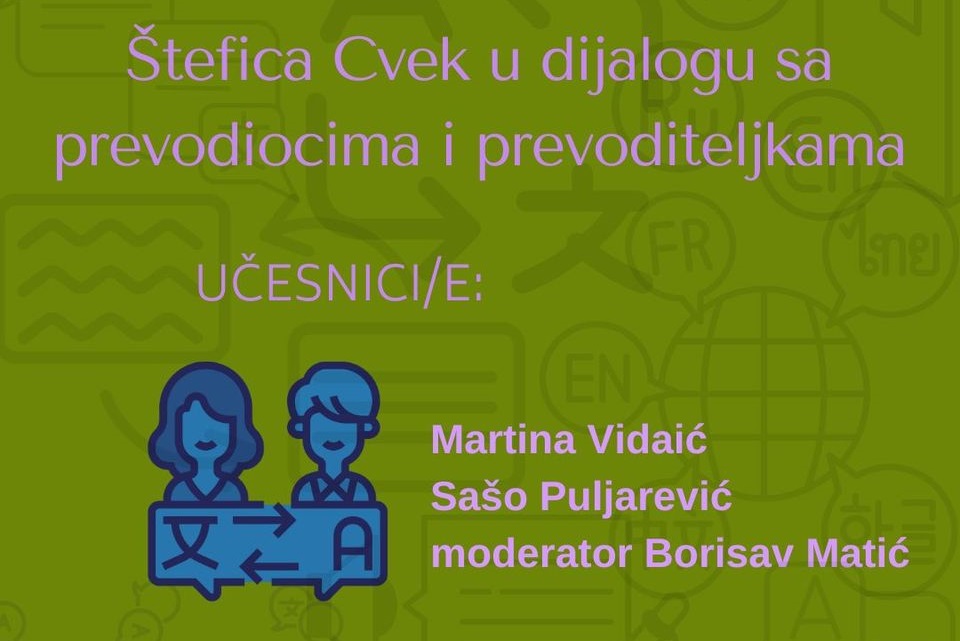 With the support of TRADUKI, six literary events will take place in the coming months as part of the Štefica Cvek u dijalogu sa prevodiocima/teljkama project. In 2021, the feminist critics’ collective Pobunjene čitateljke (Rebel Readers) launched the Štefica Cvek Prize for Feminist Literature. The supra-regional prize was awarded at the beginning of 2022 to nine authors who discuss and reflect on feminist, queer and socially critical topics in their works.

The project Štefica Cvek in Dialogue with Translators now aims to introduce the authors and to promote and strengthen the exchange between the different literary scenes of the former Yugoslavia. Translators play a vital role in strengthening ties between different literatures which is why they are particularly emphasized in these events.

The first event will take place on December 13, 2022 at 7 pm at KROKODIL Centar in Belgrade. Five more literary events will be held until May 2023 in Mostar, Skopje, Zagreb and other cities in the region.