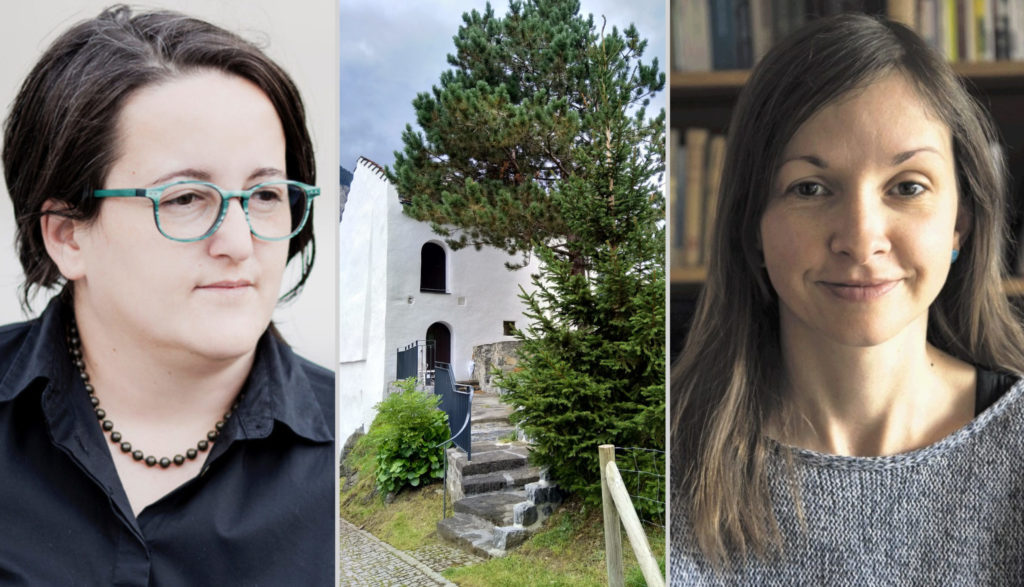 In collaboration with Amt für Kultur and Kulturstiftung Liechtenstein we hosted Bosnian author Lejla Kalamujić and Slovene writer Anja Mugerli in Balzers, where they could fully focus on their writing. Kalamujić, who will participate this November at Buch Wien and whose latest book, Denk dir die Stadt, was recently published in German translation (Marie Alpermann), began her residency stay in the middle of the summer. Mugerli, the recipient of the EU Prize for Literature 2021 for her short story collection Čebelja družina, followed in September. During her stay, she also took part in the conference Werkstätten des Flüchtigen (Workshop of the Ephemeral) in Schaan.

In the following passages the two authors share their experiences with us.

I used my time to finish my new play (“Na slovo F”), which is about mental health and being queer. The plot is set in a psychiatry clinic in Sarajevo, where Nela and Alen meet. Both of them are queer and that is one of the reasons why they ended up in the clinic. The play will be published next year. Another project I was working on during my residency is a novel (“Kuća cvijeća”). It is an auto-fictional piece in which I write about the life of my family during the 1980s in Yugoslavia. The protagonist was born in 1980 and lives in Sarajevo, alternately staying with her father’s or mother’s parents. Her mother died in 1982. My goal is to show how, in addition to their everyday life and dreams for the future, their grief was “so deep that in the end the death of an entire country could fit in it.”

During my four-week stay at the Turmhaus in Balzers, I focussed on my first love, writing short stories, and above all on finishing the last version of my novel, Pričakovanja (Expectations). The novel deals with infertility and artificial insemination, two topics that rarely, if ever, appear in literature, which is interesting given the rise in infertility among both women and men (according to some data, one in seven couples is thought to be infertile). It shows that the subject of infertility is still taboo. The protagonist of the novel, a radio journalist and poet, finds out about her infertility when her life is finally financially and housing-wise “sorted” and she feels ready to have the child she and her partner always wanted. Artificial insemination seems to be the only option for them, but during the procedure the protagonist increasingly wonders whether the fictitious child she wants is really worth the abuse of her own body and, ultimately, her spirit.