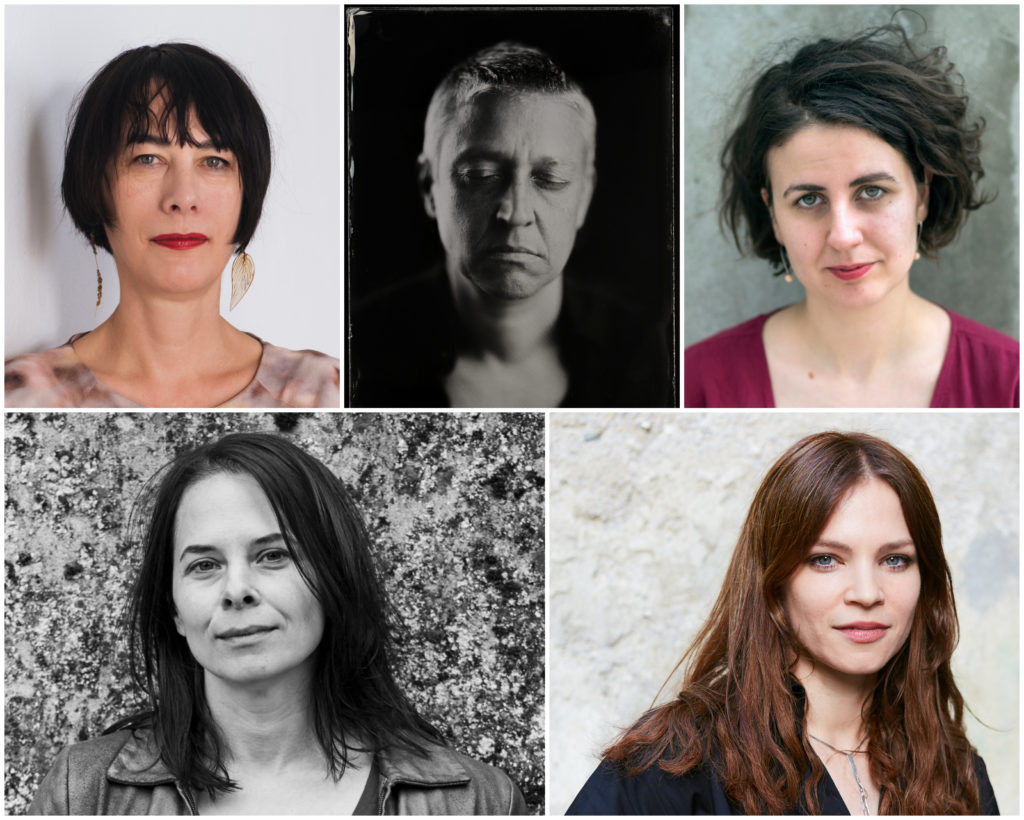 “Readers are always pushed to become spies,
and frankly they are spies three times over:
they spy on what they are told and what they are not told,
and while they are at it
they end up spying on themselves, too .“

Buch Wien was ceremoniously kicked off this Wednesday. Over the next four days, TRADUKI will present authors from Southeast Europe at the book fair and in Vienna’s old town. We invite visitors and readers to join us and search for clues: What does the poet tell us bluntly, what does the writer tell us between the lines, and what, pray, does this beguiling jumble of voices, which we so greedily devour, actually say about us?

Today we stagger with Anja Zag Golob and her poetry collection, dass nicht dass nicht mehr kommen wird … (t: Liza Linde), through the thorny labyrinth of lost love and tomorrow we will follow Georgi Gospodinov in his novel, Zeitzuflucht (t: Alexander Sitzmann), through the delirious maze that is nostalgia: A creature that, just like Saturn, is about to devour its own child, namely the future. On Saturday evening then, Anna Baar, Mascha Dabić, Marko Dinić and this year’s Bachmann Prize winner Ana Marwan will weave an intricate literary web with a light Austrian touch. If by the end of that night you still don’t know what was said and what wasn’t, and what the whole thing is all about: On Sunday morning, Stefan Çapaliku will discuss how everybody goes a bit crazy in their very own way: Jeder wird verrückt auf seine Art (t: Zuzana Finger).